10 interesting and fun facts about Ireland

The Republic of Ireland is an island next to Great Britain, Dublin is the capital. Ireland has much to offer; rich history, outstanding nature, culture and friendly inhabitants. There are many interesting facts that tie in with this, here are some of them. 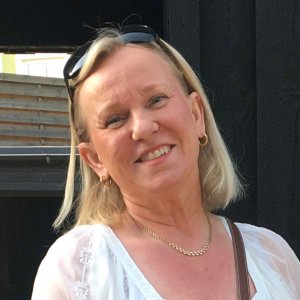 Our team of travel specialists will happily help you plan your next Ireland vacation. Contact us or explore our selection of guided and self-guided tours.

Contacts us | Explore our tours

Have a look at our recommended tours

1. Irelands nickname is the Emerald Isle

The nickname derives from its green valleys, rolling hills and magnificent landscapes. The green flora and fauna are the result of Ireland's rainy and humid climate. The country has a temperate climate with warm and wet summers and cold and wet winters.

So, if castles are your thing, you have come to the right place!  The many castles and ruins of castles in Ireland each have their own medieval story and charm. Blarney Castle, Bunratty Castle and Cahir Castle are some of the castles well worth visiting.

3. Irelands' Wild Atlantic Way is the longest coastal driving route in the world

The Wild Atlantic Way in Ireland is the longest coastal driving route in the world with a length of 2.500 kilometres. You can start the drive in the north, at Inishowen Peninsula in Donegal, or in the south, at Kinsale in Cork. The route passes nine counties and highlights such as the Cliffs of Moher, Ring of Kerry, Connemara National Park and Achill Island.

4. One of the oldest lighthouses in the world is located in Wexford

The Hook Lighthouse is located at the tip of Hook Head in the city of Wexford, in the south of Ireland. It dates back to 1172 and is still in use (since 1996 automatically). As one of Ireland's favorite attractions, it is definitely worth a visit. From the balcony, you will have a spectacular view of the wild ocean.

Halloween, previously known as All Hallows Eve, is originally from Ireland. Over 2,000 years ago Ireland celebrated their new year on the 1st of November. They believed that the night before, the worlds of the living and the death became blurred and therefore celebrated the Celtic festival Samhain during the night of October 31st. They built huge campfires to make sacrifices to the Celtic gods and wore costumes to protect themselves against evil spirits.

Nowadays, Halloween is known for trick-or-treating, carving jack-o-lanterns and dressing up.

6. The shamrock is not the national symbol

Although many people think of a shamrock when they think of Ireland's national symbol, the symbol is actually the Gaelic harp. This makes the country the only one with a musical instrument as its emblem and was prior to the tricolour flag featured in the Irish flag.

7. St. Patrick was not Irish

One of the faces of Ireland, also known as the ‘Apostle of Ireland’, was actually not Irish. This Christian missionary was Romano-British and was sold into slavery by Irish raiders at a young age. One day, he escaped and returned to convert the Celtic polytheists in Ireland. His exact story is a bit mysterious, but we can conclude one thing: he was definitely not Irish.

8. The oldest pub in Ireland is found in Athlone, County Westmeath

If you want to drink in Ireland's oldest pub, you must travel to Athlone in County Westmeath. Sean's bar is the oldest bar in Ireland and maybe even in the world, dating back to AD 900. The founder established this bar to act as a guide for travellers venturing across the rapid torrent of the Shannon.

9. Ireland is famous for its Guinness beer

Guinness beer has its origin in Ireland and is still produced at the St. James’s Gate Brewery in Dublin. This brewery can be visited to learn all about the process of how Guinness is produced. A perfect pint of Guinness is poured with the glass held at 45º angle and should rest 119,5 seconds before you drink it.

10. The earliest evidence of humans in Ireland was more than 30,000 years BC

A reindeer bone that was found in Cork, in the south of Ireland, shows that humans inhabited Ireland 33,000 years ago. The hind leg reindeer femur was found in the Castlepook Cave near Doneraile in the northern part of Cork. The bone has chop marks consistent with butchering with a flint or stone tool. The Radiocarbon dating of the femur showed it to be around 33,000 years old.

The All Ireland Rail Tour
8+ days
All Year
Train, Coach
A comprehensive escorted tour of Ireland by rail and coach. FROM EUR 1965

Grand Tour of Ireland
13+ days
Summer
Train, Coach
All-Ireland guided tour with Dublin, Belfast, and all the main attractions of Ireland. FROM EUR 3455